Bernhardt/Hamlet and The Nap 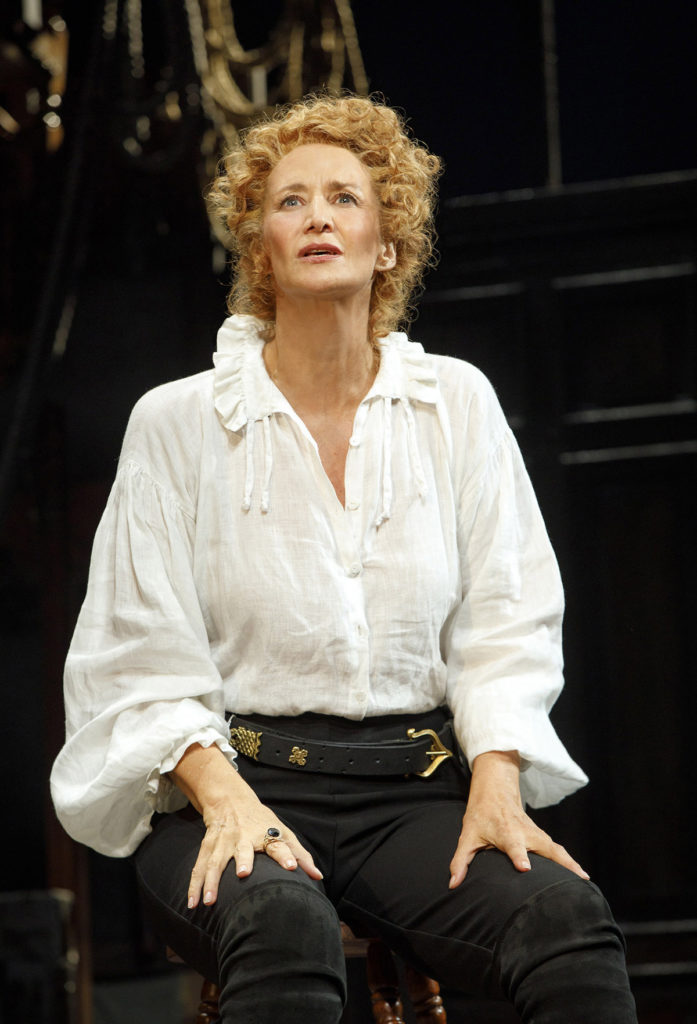 I have a huge interest in the history of theatre, those people who shaped its journey, and the compelling stories of their lives. So, I was quite intrigued to learn about Bernhardt/Hamlet, a new play written by Theresa Rebeck, directed by Moritz von Stuelpnagel and produced by Roundabout Theatre Company.

Sarah Bernhardt was the most famous actress of her time (in rivalry with the Italian Eleanora Duse) living a very colorful life. She was rumored to have slept in a coffin, kept exotic pets, and of course, had numerous tempestuous affairs with other famous figures of her day. But in addition to her stage work and her eccentricities, she was an entrepreneur, starting her own traveling theatre company, and running it while performing.
She is my kind of gal.

In Berhardt/Hamlet, we enter the point in her life when Ms. Bernhardt has decided to tackle the role of Hamlet in a production she is producing. Although not necessarily a popular opinion by those around her, Sarah insisted on making it work. She had a vision and she was going to see it through.

Performed by the stellar Janet McTeer, this play keeps you totally engaged and entertained because of the story, the fabulous set and the entire cast. There is Ms. Bernhardt’s passionate love affair with the way younger Edmond Rostand, her friendship with  Constant Coquelin, (who reminds her often what he did when he played Hamlet, now relegated to playing The Ghost in her production of Hamlet), the wife of Edmond Rostand who confronts Bernhardt about their affair, the Czech artist Alphonse Mucha who was made famous after illustrating his first poster of her, and many others.

It is a super interesting story and a timely one. “Why can’t I play a man?”, Bernhardt asks. Really, why can’t she break tradition? Why can’t she??

Bernhardt/Hamlet is funny, fascinating and an incredible piece of work for Janet McTeer to devour.
This play is the first-ever commissioned original work mounted on Broadway by Roundabout Theatre Company.

Bernhardt/Hamlet is in a limited run, so make sure to get to the American Airlines Theatre by Nov. 11. 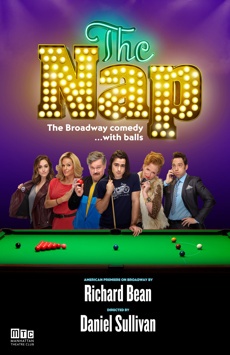 I can tell you this. The Nap is not about sleep. It’s about snooker, my friend. Yes, snooker, which, is the British version of pool. A competition in a small British town is about to take place, and those who surround Dylan Spokes (Ben Schnetzer) the young, talented snooker player who is up for a championship match, are about to do something to feed their greedy souls. The central character who is driving this mission, goes by the name of Waxy Bush (don’t ask about the name derivation), played by Alexandra Billings.

This is the kind of play where you have to let the audience see it without telling too much, otherwise it loses the point. So, I will leave it at that.

I will say that the play redeems itself after the first act which, felt quite laborious to me. First, the Sheffield accents are  difficult to understand. But once you get the rhythm of their dialect, things do get slightly better. However,
the first act of The Nap is just filled with talking and exposition. And that does get tiresome.

The second act  begins with a completely different energy and creates excitement because of the snooker championship that unfolds. I liked the play much more in the second act.
It truly came alive then, so be sure to stick around for the action and the resolution. I was actually smiling and laughing by the end of the play. I just wish the first half of the play was just as easy to enjoy.

Written by Richard Bean (who penned the hilarious One Man, Two Guvnors), The Nap is directed by Daniel Sullivan.

For more commentary on these plays and to hear more theatre news and conversation, be sure to tune in to “Bagels and Broadway with Valerie Smaldone” Saturday mornings from 9-10 on AM970, also streaming online, on Alexa and on podcast.