Awards Season: The Gracie Awards and the Outer Critic Circle

I must admit to being one of several who did not know anything about the Gracie Awards.  When my daughter, Cooper Lawrence, called me about a month ago and said “Mom, I won a Gracie Award!,” I said, “That’s wonderful . . . what is it?”  Pardon my lack of recognition.  Now I want everyone to know what a Gracie Award is because it’s all about Women in Media – in television and radio who are recognized for the exceptional programming and individual contributions that shine in their creativity of portraying women – from entertainment to news.

On May 24th I joined my daughter Cooper in L.A. at the Beverly Wilshire to celebrate the many exceptional women who were being honored and to do a little personal kvelling (bursting with pride) as Moms do.

Cooper Lawrence has been in radio for nearly 20 years. She’s a PhD. Psychologist, has had her own talk radio show, in addition to being part of that media genre in various capacities throughout her career, and is about to launch a new show this summer.  She is frequently seen on television as the ‘expert’ when it comes to getting into the psychology of the latest celebrity splattered all over the news.  In addition, she’s written five books. 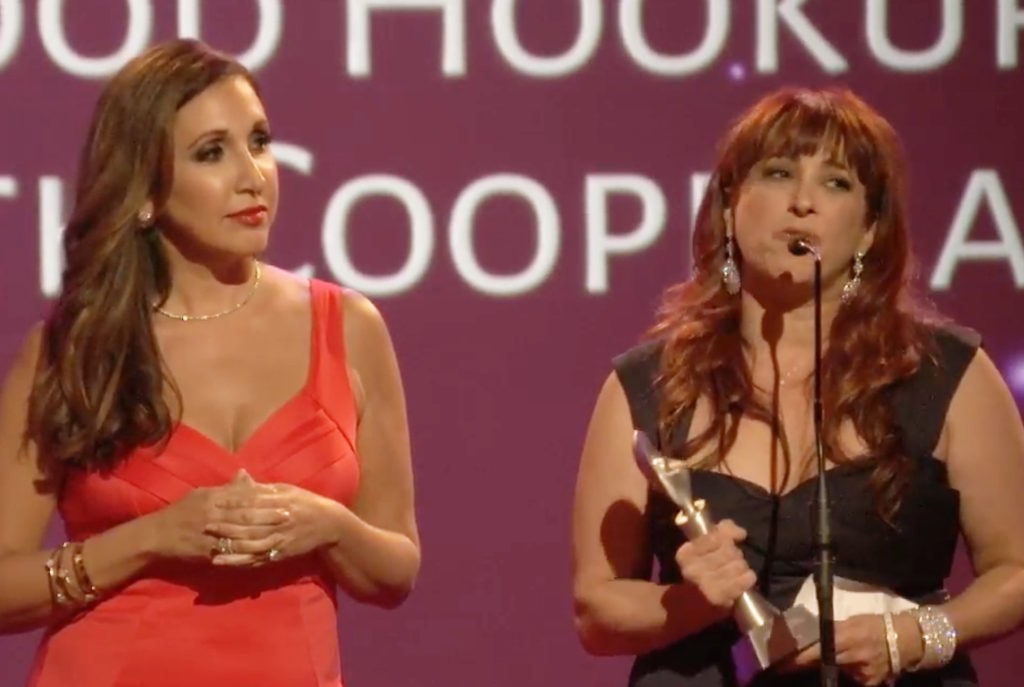 So it was with great pleasure to see her and her Gracie Award partner Vikki Ziegler (a prominent divorce attorney) accept their Award presented by Melissa Rivers (Cooper had produced the Joan Rivers radio show many years back).  The Gracie went to Cooper and Vikki for Best Radio Podcast for “Hollywood Hookups and Breakups.”  It focuses on all aspects of Hollywood from a feminist perspective – who’s divorcing who, who’s dating who – pop culture at its best!

Awards are presented by the Alliance for Women in Media Foundation. 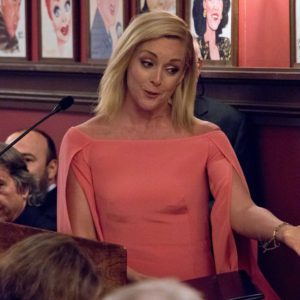 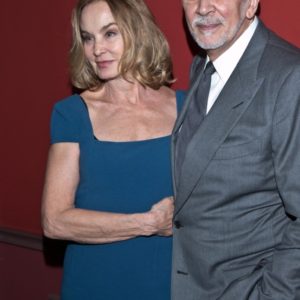 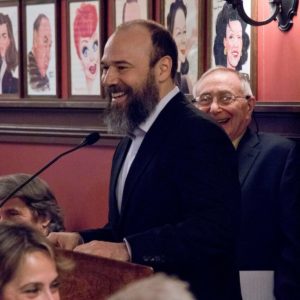 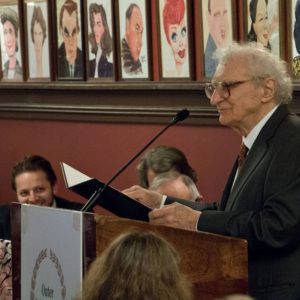 The Outer Critics Circle held their 66th Annual Awards Party at Sardi’s on Thursday, May 26.  It’s the warm, fuzzy Award event where the winners have already been announced, show up and are sprinkled throughout the room at the tables among the audience.

There were several insightful remarks from winners (check out the attached video). For instance, Steve Martin, upon accepting the Marjorie Gunner Award for Bright Star, with Edie Brickell at his side, wanted to know why he’s never received a caricature at Sardi’s. Well, perhaps, now he will!

Danny Burstein was frank when he said he reads all his reviews and knows everyone in the room. . . hmmm.

Jane Krakowski was thrilled to be back on Broadway and in the same space with the amazing Sheldon Harnick.

But the most emotional words came from Frank Langella (The Father), accepting as Outstanding Actor in a Play, when he honestly admitted being paralyzed with fear, deep in the lion’s mouth, unable to memorize his lines, feeling humiliated and desperate with previews a week away. He sat down with director Doug Hughes, who offered up these words of wisdom:  “stop running, stop fighting so hard, just go in there and live inside your pain.”  When Langella stopped running, he climbed into the lion’s mouth without fear, he told the rapt audience. This was one of the most honest, heartfelt statements I’ve heard from an actor. Bravo Frank Langella!

A full list of the 66th Annual Outer Critics Circle Award Winners for the 2015-16 Season can be found here.

Enjoy the video clips (by Sandi Durell) of speech highlights and photos (by JK Clarke)!