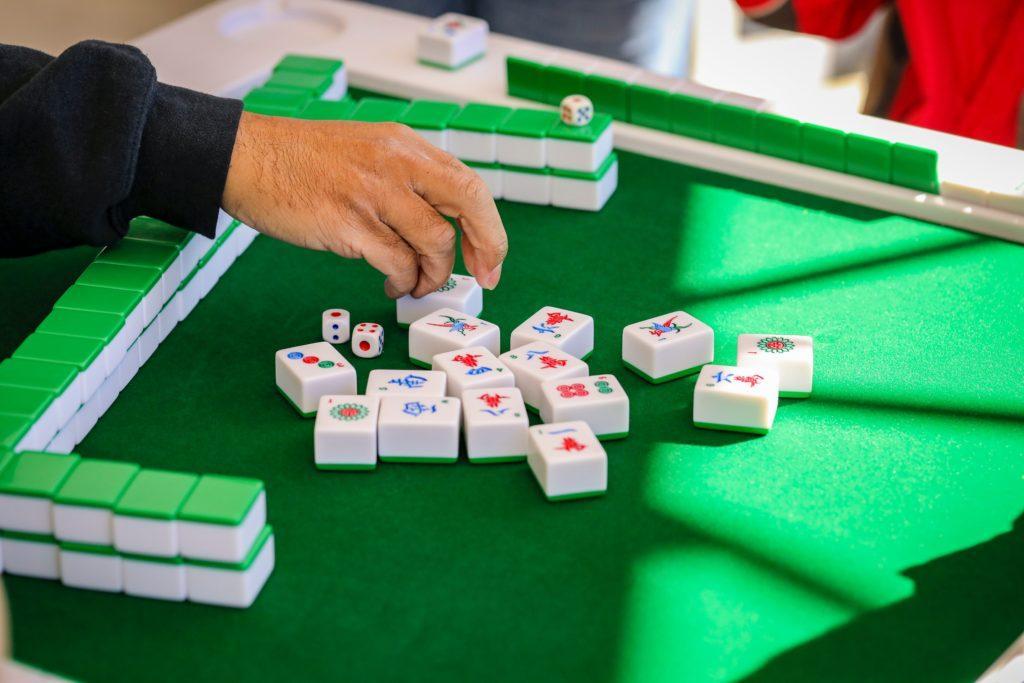 My mother Ruthie loved playing mahjong. I think the reason behind why I never learned how to play it is that she loved it so much. She played at least twice a week when I was growing up. Once at our house and with another group, one night a week, after my younger brother and I went to bed.

Before researching about ‘mahjong’ for this column, I never realized that it is a Chinese game created during the 1800s for men and women in China, Japan, South Korea, and Asia. Today its commonly found in many different places around the world. I just thought it was a game my mother played.

A few of my friends were substitutes when their mothers needed a fourth. I don’t remember for sure if my friend Trudy actually attended my wedding or not, but I do know for sure that when she received the invitation, she called me and said, “Bet you that you’ll be playing mahjong before your first anniversary.” She was wrong on that one. I’m a Nana now and have somehow managed to never learn or play the game.

Watching Mom and friends, four people played with 144 (that’s what my Mom’s friend Ida told me, 144) decorated tiles. Some people compare it to gin rummy since players pick and throw out pieces with the goal of creating winning sets of matching tiles. I can beat almost anyone at gin rummy and see absolutely no similarity between the two games; but that might be because I don’t know how to play mahjong.

What I really remember is that I was not allowed to eat the food put out on platters for mahjong days nor interrupt my mother for anything. I liked to sit at the top of the stairs to hear who would win and yell out, “Mahjong!” Then they’d all laugh.

There was a definite skill behind winning, even though Mom claimed it was just luck. Being observant, players could see what others were going for and adapt a strategy to keep certain tiles away from them. Each player kept pickup up or throwing out tiles until they completed four matched sets with a final 14th tile, after beginning with 13 tiles. I liked to sit behind Marian to figure out why she won so often. At the beginning of every game, she made as many matches as possible until one or two grew and others disappeared. Sometimes it seemed like they made up their own rules for taking some pieces from other players and which sets were worth more than others.

After years of volunteering in the gift shop of an assisted living facility in Richmond, Virginia, she said it was time for her to move in. One of the nurses remembered that she’d seen Mom driving her old Buick just a few days earlier, which was true.

The day after moving in, she asked if she could join in with an ongoing mahjong group. She was very disappointed when they said no, they were filled. I asked if there were others who wanted to play but had been turned away.

We received a list. Ruthie went to work, asking each person, “Would you like to play mahjong with me each week?” In one day, we put together two tables with four extra substitutes (when needed), playing twice a week. Almost everyone knew and liked my wonderful Ruthie from her years of volunteering in the gift shop and she was very happy they all loved mahjong, her favorite game.