A Tonys to Stand Up and Cheer About. . . 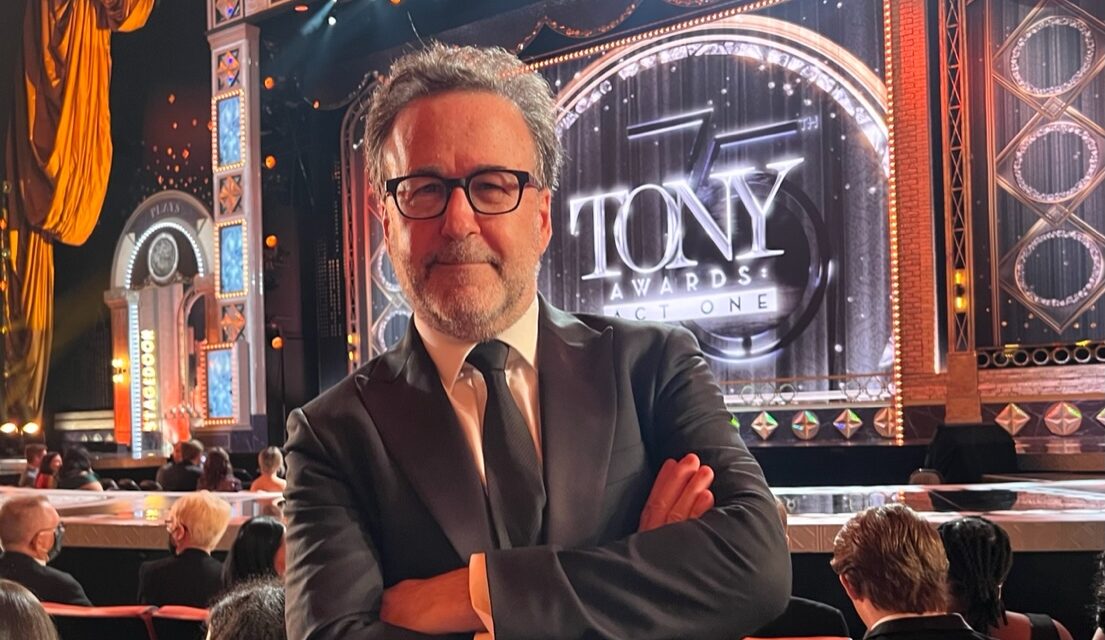 Last Sunday the 75th Annual Tony Awards were handed out at Radio City Music Hall, and it was my personal joy to be present for all its four hours and revel in the power of theatre on so many levels. Each winner exemplified the hell and back of getting their productions up and running in these difficult times. Ben Power, winner of Best Play for his Lehman Trilogy, noted that there were 538 days between the show’s fourth and fifth previews. It was a reminder that producers, theatre owners, and every employee imaginable banded together in a miraculous effort to bring theatre back from its darkest days. Not to mention the understudies, swings and standbys who made the sometime treacherous return to performing eight times a week possible. Audiences too were thanked for their steadfastness and the feelings of gratitude in the 6,000-seat hall was palpable, led by the evening’s indefatigable host and cheerleader Ariana DeBose, who gave nothing short of 100% throughout the three-hour prime time broadcast. Watching her in between commercial breaks, so confident and relaxed, was a lesson in showpersonship.

The ghost of Stephen Sondheim was invoked more than once and for good reason. The loss of the theatre’s greatest living artist in late 2021, whose contributions will be forever linked with the American Musical, had to be acknowledged. The choice of the ageless Bernadette Peters to sing “Children Will Listen” from Into the Woods, a song she first introduced almost thirty-five years ago, gained added poignancy by emphasizing Sondheim’s love of teaching and his prolific letter writing while she sang. The set on which Peters performed, in front of an onstage orchestra, featured blowups of Sondheim’s written letters of support, something he did for nearly anyone who corresponded with him. It led me to think of how in that same musical he wrote about the nature of “moments,” leading me to list some of my favorites last night from a perspective close to the stage:

Most Spontaneous Moment: The standing ovation for Joaquina Kalukango’s titanic rendition of “Let it Burn” from Paradise Square. It was as if the audience as one leapt to their feet. If you were there, you would have felt you had no choice. It was seriously that extraordinary a thing to witness (and I had previously seen it only last month from a close seat at the Ethel Barrymore Theatre). When the show returned from its commercial break, host DeBose genuinely said it for all of us when she remarked “I’m still not over Joaquina Kalukango.” There was no question a feeling of inevitability permeated the air, which came true a short time later, when Kalukango returned to the stage to accept the Tony for Best Actress in a Musical.

Most Emotional Moment: No question Joaquina Kalukango’s acceptance speech. She brought things full circle when she made mention of Paradise Square being about the New York City Civil War-era draft riots that gave power to “the nameless ancestors who have suffered. … I honor them every day.” Her tears were heartfelt, and it was hard not to shed a few watching her gracious and eloquent speech.

Most Joyous Moment: When Matt Doyle took to the stage upon receiving the Tony for his performance as Jamie, the gender-revere version of Amy in the revival of Company. A favorite alongside co-star Patti LuPone to win in the Featured Actor and Actress in a Musical categories since previews began back in 2020, Ms. LuPone took to reading from a two-page acceptance speech while Mr. Doyle spoke from his heart. In nearly as breathless a manner that he performs “Getting Married Today,” he raised the rafters with an exuberance that was life affirming. And pridefully mentioning it was Pride Month was an extra bonus, for him and for us.

Most Heartwarming Moment: At the very end of the night, the presentation of Best Musical was enlivened by the introduction of Chita Rivera to open the envelope. Dressed in matching purple outfits, Ariana DeBose, the recent winner of the Academy Award for her portrayal of Anita in the new film version of West Side Story, brought out the creator of that same role sixty-five years ago. As a moment, it was one to cherish.

Most Hilarious Pairing: Had to be former Angels in America Tony winners and co-stars, Andrew Garfield and Nathan Lane. Acceding the stage to someone like Lane is always a smart thing to do, but it felt honest that Garfield was simply enjoying himself too much to interrupt the off-script patter Lane had concocted for the occasion “I love a man in a velvet suit.”

Most Sweet Pairing: Julianne Hough and Darren Criss, co-hosts of “The Tonys: Act One” the hour-long broadcast that aired on Paramount + prior to the three-hour CBS presentation. They had charm, flair and a spontaneousness that made for a delightful duet. I was most impressed by Hough’s unflappability and ability to change outfits with lightening speed. Their opening number was a genuine treat.

Funniest Moment: I’m a sucker for the Borsht Belt-stylings of just about every great Jewish comedian from the past, and in that dying tradition, what bliss it was to watch seventy-four-year-old Billy Crystal play the house like the master of standup that he is in the guise of Mr. Saturday Night’s Buddy Young Jr. I think I got off on how much fun HE was having (“An old Jew’s worst nightmare—stairs”).

Weirdest Moment (and for good reason): Deidre O’Connell (my one, true cause for the evening) who defied the odds winning for Dana H, a brilliant play that received a Broadway run of little over a month. This was a performance that had O’Connell lip-sync her entire role to the words of a recording of the playwright Lucas Hnath’s mother about her tale of abduction by a deranged felon. “Please let me be standing here as a little sign from the universe to make the weird art,” she said. A New York stage veteran of forty years (the overwhelming majority of which has been spent off-Broadway), she made a case for a love of the weird as her greatest strength.

Favorite Moment: A enormous jolt of surprise late in the evening made my night, which came directly after the performance of the opening number from Six (which killed) presented as the final Best Musical nominee. After its ovation, Ariana DeBose told the audience that one of the queens who performed, was the show’s dance captain, Mallory Maedke, who had stepped in on just twelve hours notice to strut her stuff on live television. DeBose crying out “This is what they do!” encapsulated everything about this extraordinary pandemic season that made it one for the record books.

Ron Fassler is an author, theatre critic and historian, actor and director. You can read his blog at https://ronfassler.stck.me

*TONY NOMINEES AND WINNERS IN BOLD*

Best Direction of a Play
Lileana Blain-Cruz, The Skin of Our Teeth
Camille A. Brown, for colored girls who have considered suicide/when the rainbow is enuf Sam Mendes, The Lehman Trilogy WINNER
Neil Pepe, American Buffalo
Les Waters, Dana H.

Best Performance by an Actor in a Featured Role in a Play
Alfie Allen, Hangmen
Chuck Cooper, Trouble in Mind
Jesse Tyler Ferguson, Take Me Out WINNER
Ron Cephas Jones, Clyde’s
Michael Oberholtzer, Take Me Out
Jesse Williams, Take Me Out

Best Performance by an Actress in a Leading Role in a Play
Gabby Beans, The Skin of Our Teeth
LaChanze, Trouble in Mind
Ruth Negga, Macbeth
Deirdre O’Connell, Dana H. WINNER
Mary-Louise Parker, How I Learned to Drive

Best Revival of a Musical
Caroline, or Change
Company WINNER
The Music Man