A Strange Loop…thoughts that cause us harm

Thoughts that cause us harm-make their debut in a Broadway musical. 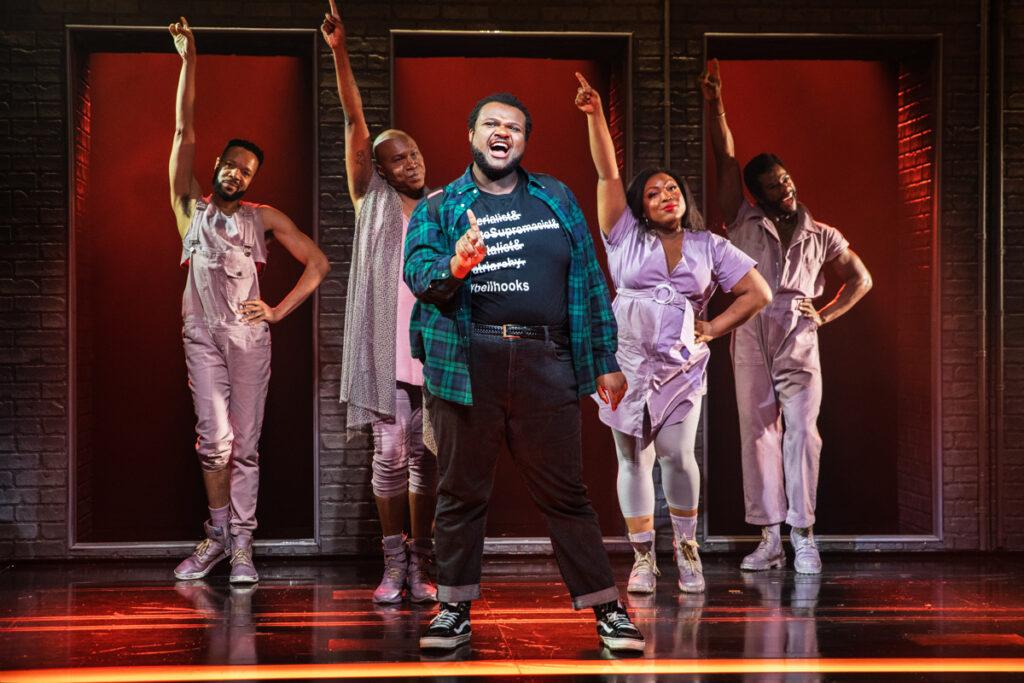 There is no question about it. Often the toxic thoughts that circulate in our head are the most destructive ones-the ugly things the thoughts say about you; the self-loathing, the no confidence thoughts that keep you bound, the thoughts that say you are completely unlovable or a total idiot.

Those thoughts are self-generated. Sometimes, though, they are messages that have existed for a long time and may have been whispered to you by those in your circle, even those who reared you.  In many cases, your folks don’t mean to cause you such issues, but they do cause a ruckus in your head!

The convention goes like this: the main character is joined on stage by 6 characters portraying a chorus of his thoughts that constantly berate him and broadcast those nasty messages. There are many inside Broadway jokes, which completely appeal to passionate theatre goers.

The premise of A Stange Loop is surely clever, and very relatable.

The main character, “Usher”,  is a gay black man, whose family and society have done a number on him. It very honestly outlines what being an “other” is like in this world. How you feel people see you (or don’t)?

What it’s like to feel you must conform (even in terms of who you decide to have sex with)? How do you believe in yourself and your art, when even your family is not on your side? And ultimately, how can you break free from these ties to finally, be authentic?

Being an outcast is always an arc that resonates for people of all races, ages, preferences, so there is that. I totally appreciate that part of the story.

What I did not like about this show is the frequent use of a word that is ugly and should not be front and present in a contemporary tale. The sexual aspect is also very front and center, even simulating sex-which is a convention that we have recently seen on stage numerous times.

Some of the story line was so contrived, I cringed.

Yet, 11 Tony nominations is no joke. And the list of celebrity producers who have jumped on board to lend financial support is very, very impressive.

The entire musical: book, lyrics, and music is written by Michael R. Jackson. He won the Pulitzer Prize in 2020 and the New York Drama Critics circle for this piece.

The star, Jacquel Spivey, is new to the Broadway stage. He is a recent college grad who was given the chance of a lifetime to originate a starring role in a musical.

Directed by Stephen Brackett and choreographed by Raja Feather Kelly, A Stange Loop has been lauded, applauded, and gifted with accolades. Other than the clever nature of the story, I just did not feel attached to this musical. Something seemed off. But given the outpouring of nominations and enthusiasm, maybe it’s just me.