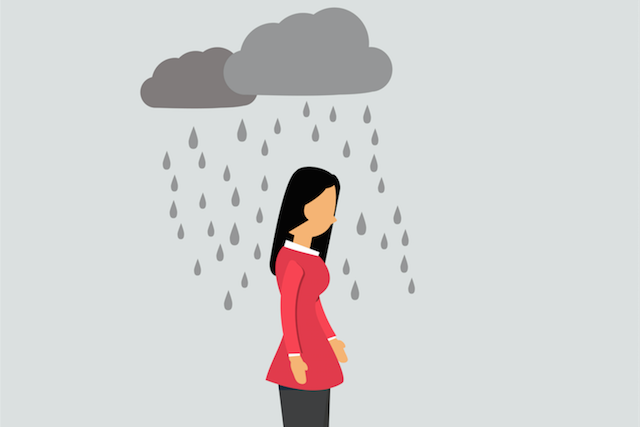 The sun’s out, summer is upon us, the weather is finally warming up. Many people—especially those living where winters get cold—are emerging from the “winter doldrums,” finally opening up the windows, feeling more energetic and hopeful and spending more time outdoors.

Seasonal affective disorder (SAD) affects about 4 percent to 6 percent of people, and another 10 percent to 20 percent suffer from a mild form of this seasonal depression.

But weather and seasons aren’t the only reasons people get depressed. Depression—with feelings that range from discouragement to hopelessness—is a serious mood disorder that can cause severe symptoms, and not just seasonally. It affects approximately 19 million Americans in a given year.

Most of us get depressed or “down” every once in a while, but major depression is different: it’s felt most of the day, for nearly every day of the week for at least two weeks and it interferes with your daily life. Severity, duration and the presence of other symptoms distinguish depression from ordinary sadness.

Depression is one of the most common mental disorders in the United States and is caused by a combination of genetic, biological, environmental and psychological factors, according to the National Institute of Mental Health. Due to its myriad causes, there are many treatments and combinations of treatments including medication and non-drug approaches such as psychotherapy and other types of therapies including electroconvulsive therapy (ECT), as well as alternative approaches like herbs, supplements, hypnosis and meditation.

Depression is complicated, and so are the reasons for it. Sometimes you have to look beyond the obvious to search for and identify what is causing your depression. Once you find it, you may be closer to knowing how to treat it. Here are some possible causes:

For more information on the health topics mentioned in this article visit the HealthyWomen.org area below.